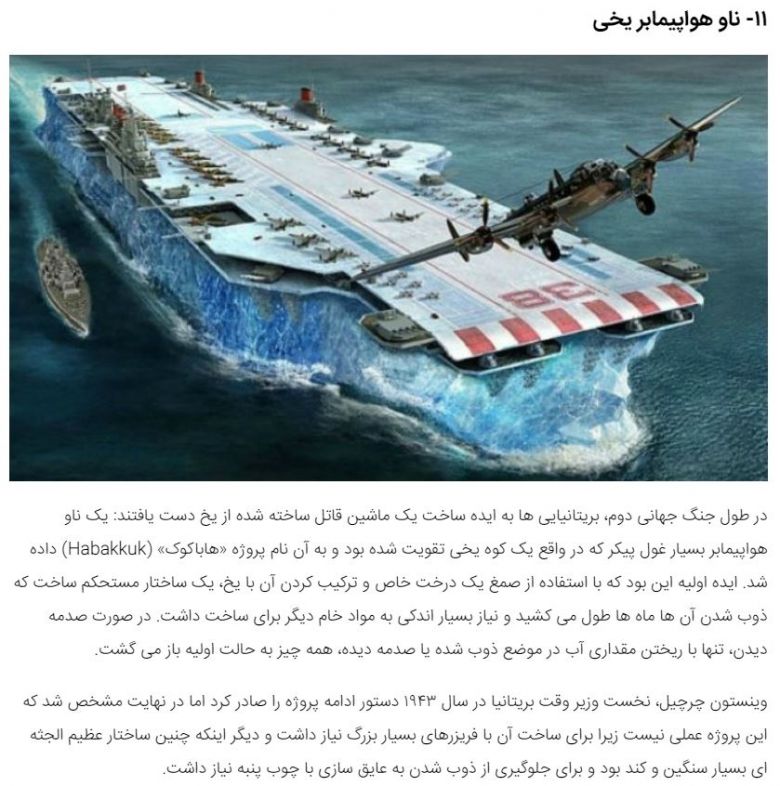 During World War II, the British conceived of an ice-cold killing machine: a massive aircraft carrier that was essentially a fortified iceberg, called Project Habakkuk. The idea would be to take a small amount of wood pulp, mix it with ice to make an unbreakable structure that would take months to melt but would require little in the way of raw materials. Fixes would be as easy as pouring in some water.