Home Travel 24 Famous places to visit before they disappear

24 Famous places to visit before they disappear 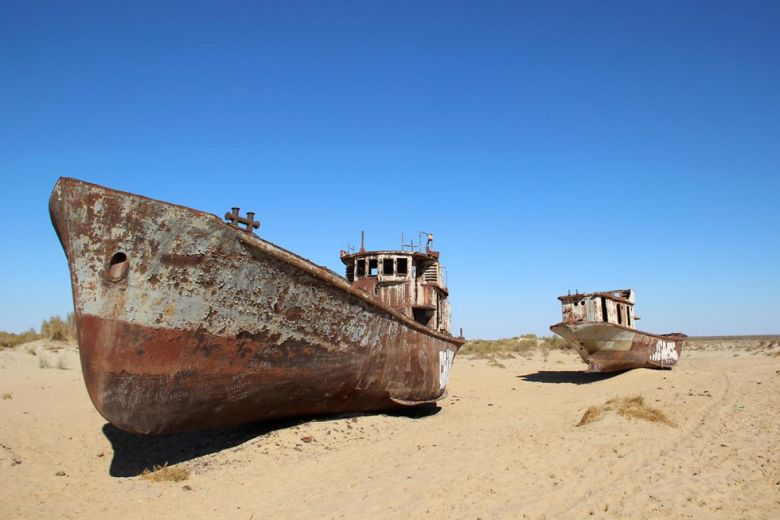 While some places are threatened by floods, others suffer from drying out. Located between Kazakhstan and Uzbekistan, the Aral Sea was once the fourth largest lake in the world. But since the 1960s, after the rivers that fed it were diverted by Soviet irrigation projects, it has been steadily drying out. By 2007, it declined to 10% of its original size, splitting into several smaller lakes.