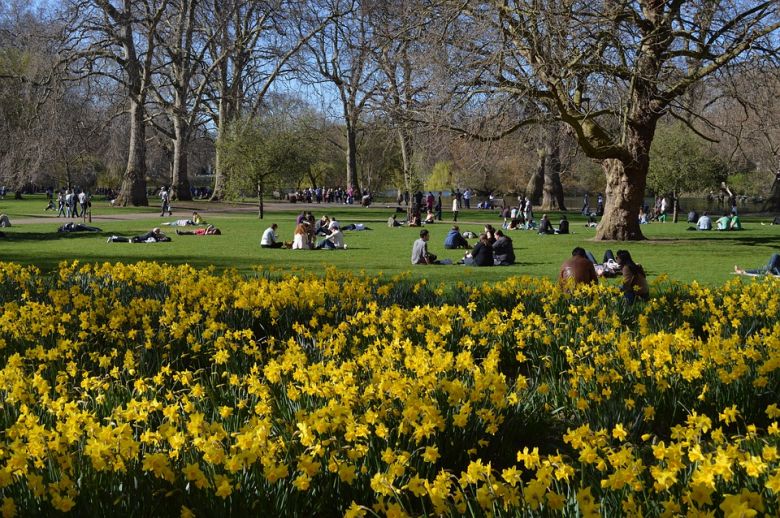 This smaller park is located in Central London in the City of Westminster. Of the continuous chain of parks that form London’s lungs, this park is the most eastern. The park is flanked on all sides by notable landmarks. Buckingham Palace on the west, Horse Guards on the east, the Mall to the north and the Birdcage Walk to the south. A prominent feature of the park is St James Lake which has a small island in the centre called Duck Island. The Park is home to some avian wildlife including several ducks and a host of pelicans and other birds. There is a nice glimpse of Buckingham Palace in the distance, across the lake from the Blue Bridge.