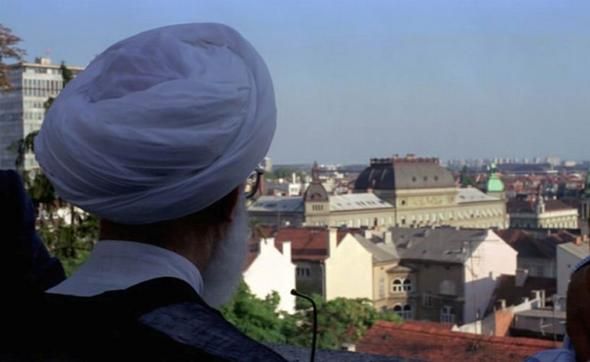 At the domestic level,  the election of  Ahmad Jannati for the presidency of the leadership of the Assembly of Experts was represented a surprise among political and popular circles in Iran yesterday  , after launching a campaign  by the camp of the head of the Expediency Council Hashemi Rafsanjani  to remove him from the Assembly of Experts, during the elections held in the last February 26 , and formed  a defeat  for the moderate and reformist parties, which launched a campaign against him, especially as the two Vice-Presidents who have been elected Tuesday, Ayatollah Mohammad Ali Movahedi Kermani and Mahmoud Hashemi Shahroudi Mhafezan are known conservatives .  For its part,  the news agency «Faris»  considered Ahmad Jannati win «a thorn in the eyes of those who wanted to remove him from the  Council», which is a clear  reference  to  the current of  Hashemi Rfsnjami. Although the Iranians sought to support the rise of moderates, but the hard-liners who hold the most important institutions will not allow only a small margin of reforms that do not affect the fundamentals of the Ayatollah Khomeini’s revolution and  its slogans .