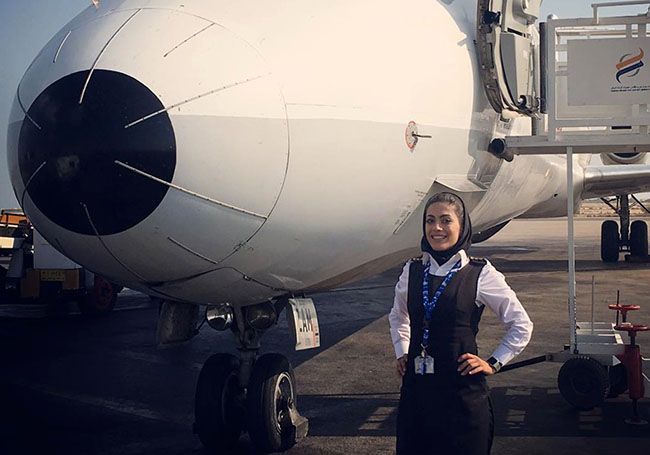 After the revolution, she left Iran with her children and migrated to Sweden. Since then, she has written one autobiography and a number of books about women’s rights and is now a member of the Swedish Association of Authors. Other female pilots have also been given the unofficial accolade as the first female pilot, including Ghodsieh Farrokhzad Naraghi, Ina Ushid, Ozra Rahimi, Derakhshandeh Malakouti, and Safieh Partovi. There is no agreement on who the first Iranian female pilot was after the revolution either. Many names have been put forward, including Shahrzad Shams, Fahimeh Ahmadi Dastjerdi and Anahita Nikookar. “I remember once, when I introduced myself to the passengers before takeoff, a very loud masculine voice reached the cockpit, shouting: ‘God have mercy! The pilot is a woman’,” Anahita Nikookar told Borna News Agency in an interview [Persian link]. “But then we heard women cheering and applauding.”​​​​​​​
PrevNext
Your Comment
Signup
Log in