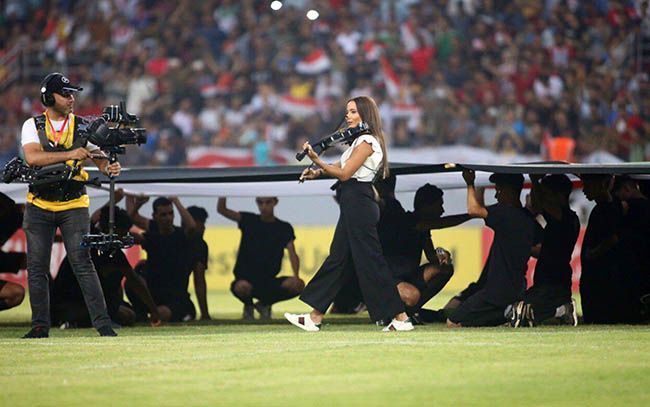 Widely shared video of the event shows a woman playing a violin as she walks on to the pitch of the Karbala International Stadium, one of two venues for the West Asia Football Federation Championship that began on Tuesday. Another woman in white robes is seen dancing solo as male participants run around her.
PrevNext
Your Comment
Signup
Log in