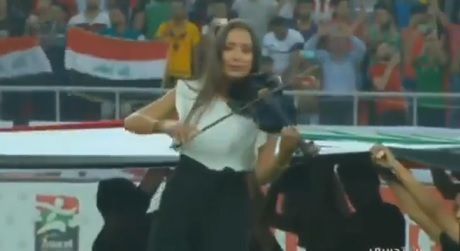 The ceremony included three dancers, two women and one man, dressed head to toe in the colors of the Iraqi national flag. It also featured a female musician who performed a rendition of the Iraqi national anthem on a black violin.However, Iraq’s Shiite endowment office and several political leaders criticized the ceremony – without clearly stating what they had taken issue with. They appear to have found the women’s performance in the holy city to be immodest and disrespectful.
PrevNext
Your Comment
Signup
Log in