Vandalism at Ancient Site, The PERSEPOLIS 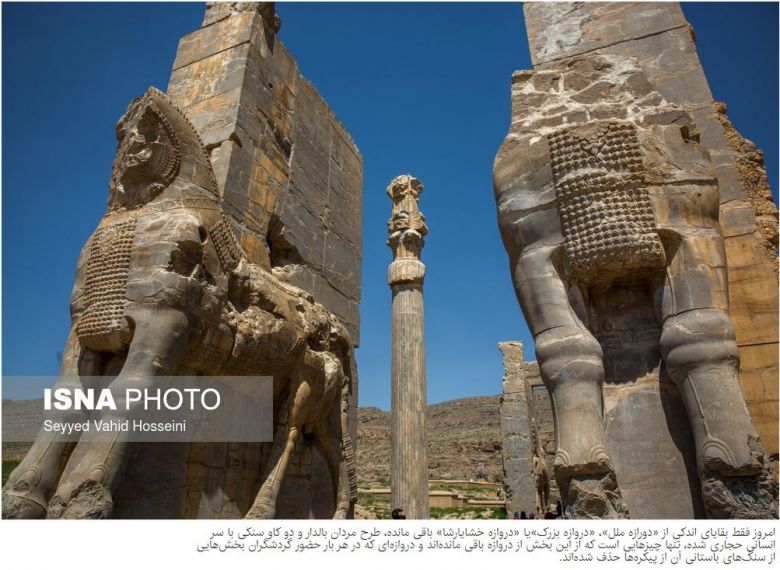 The foreign graffiti at Persepolis have attracted the attention of many visitors, partly because of the high visibility of many on the first major building to greet visitors to the site. Following his stopover in June 1818, Sir Robert Ker Porter (1821, I, p. 587) deplored that “on both [bulls], I am sorry to say, I found a cloud of initials, and names, and dates, of former visitants to the spot, to the no small injury of the fine surface of the stone.” In January 1809 James Morier (1812, pp. 133-34) likewise commented that “Under the carcase of the first sphinx on the right [sic], are carved, scratched, and painted the names of many travelers; and amongst others we discovered those of Le Brun , [John Albert de] Mandelslo, and [Carsten] Niebuhr. Niebuhr’s name is written in red chalk, and seems to have been done but yesterday.” Other writers were less condemnatory. T. S. Anderson (1880, p. 167) commented on “the names of travellers as far back as 1746, also ‘Une Scientific Expédition à Perse, 1753’,”  and George N. Curzon was more forthright: