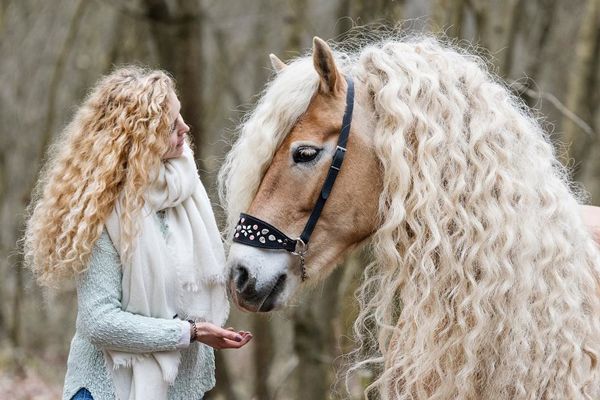 Haflingers are very distinctive in appearance. To begin with they are always chestnut with a flaxen mane and tail. The specific shade of chestnut can vary from a dark chestnut to being almost palamino. The breed standard calls for animals between 13.2HH and 15HH although today larger animals are preferred and some discretion may be exercised to allow animals of 15HH to be entered into the breed registry. Physically the Haflinger is probably best described as being a light and refined cob. The refinement is particularly noted in the face, which strongly suggests a historical Arab influence in the breed. One of the reasons Haflingers are popular as dressage ponies for children is because they have beautiful movement showing natural lightness and balance as well as grace and energy.
PrevNext
Your Comment
Signup
Log in