How world's top brands got started 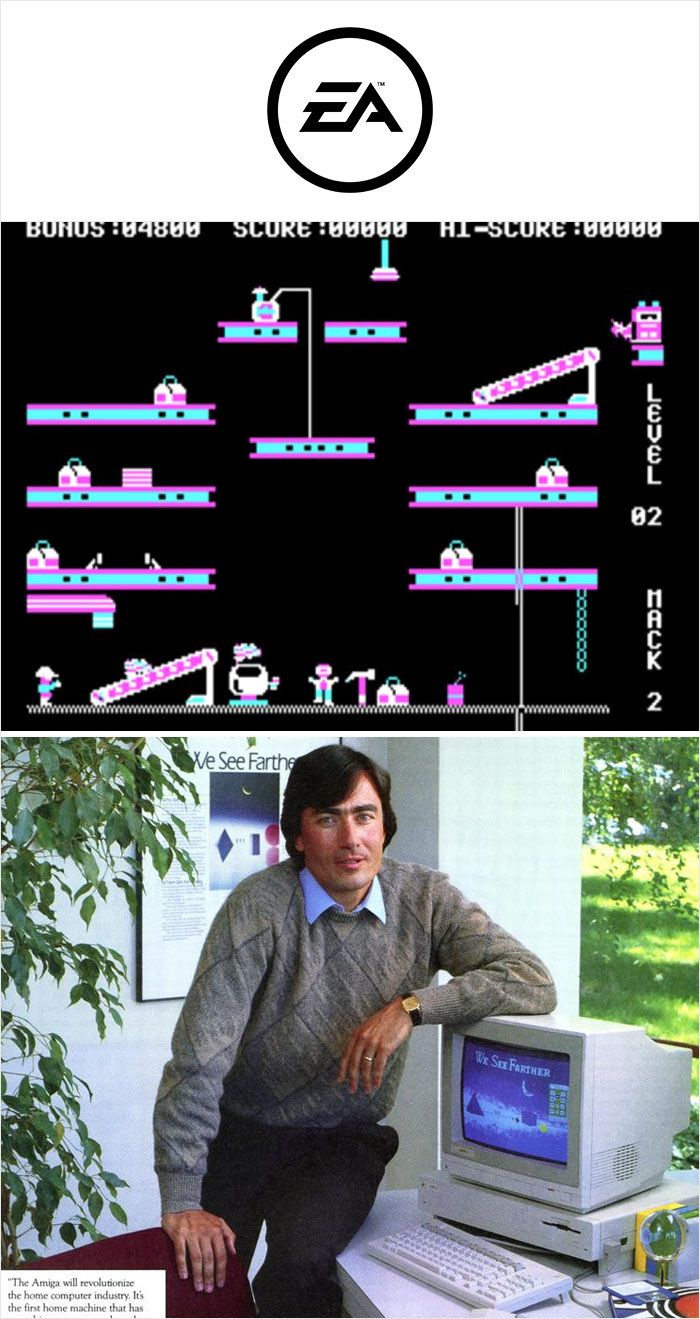 Founders - Trip Hawkins- First location - San Mateo, CA
Hard Hat Mack is a platform game developed by Michael Abbot and Matthew Alexander for the Apple II which was published by Electronic Arts in 1983. Ports for the Atari 8-bit family and Commodore 64 were released simultaneously. It is one of the first batch of five games from Electronic Arts, and EA calls it out as "truly EA's first game.