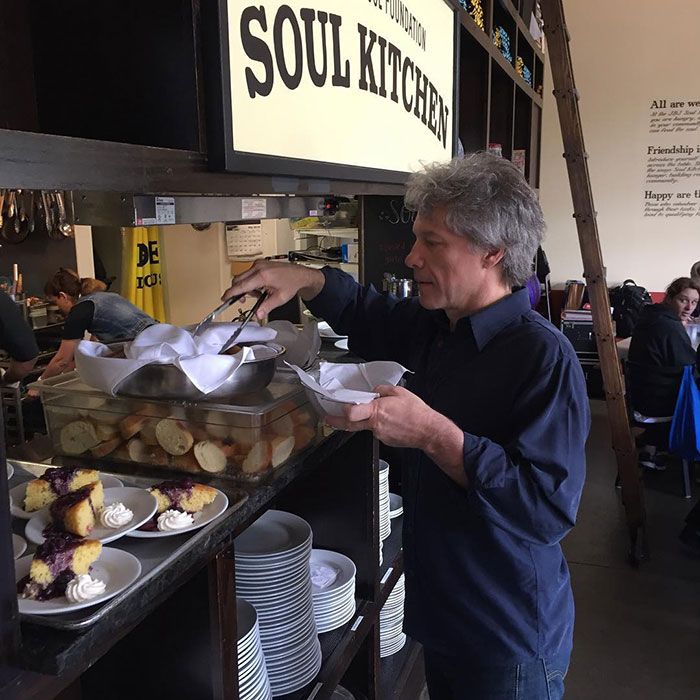 Jon Bon Jovi is a man that wears many hats: He’s one of the most influential rockers in the music industry, and he’s been an actor on famous TV shows like Ally McBeal. He’s also been chosen several times as one of the most attractive artists and is a determined political activist as well. However, he’s less mentioned for his charity work, even though he stands out on this matter among many celebrities. He owns 2 restaurants where people without many resources can enjoy food without paying.