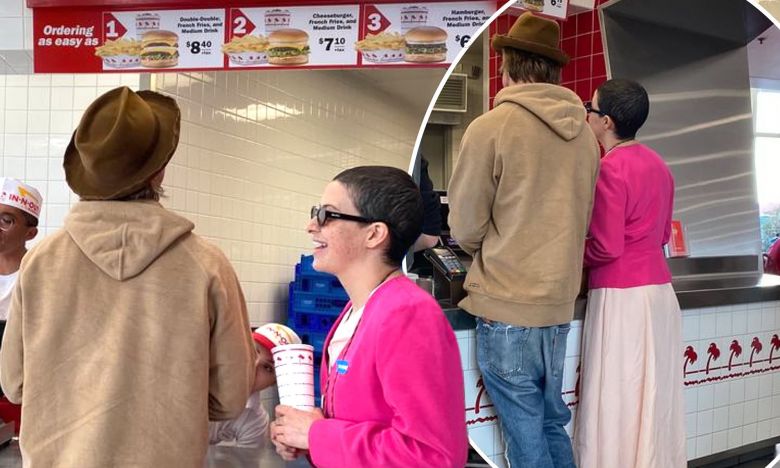 Brad Pitt has been spotted ordering burgers at In-N-Out with his actress friend Alia Shawkat a day after the pair attended a concert together. The Oscar-winning actor, 56, and his long-term pal, 30, were seen standing at the counter of a Los Angeles branch of the popular fast food chain one day after being pictured together at a Thundercat gig last week. The Once Upon A Time In Hollywood star dressed down for the outing in a brown hooded jacket, teamed with a pair of blue jeans and a fedora.
PrevNext
Your Comment
Signup
Log in