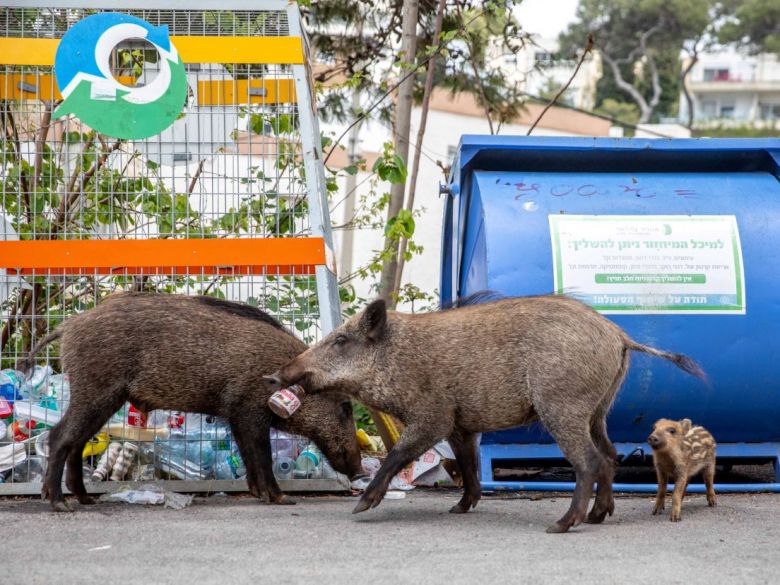 Credit: Ohad Zwigenberg
Wild boars, some as bulky as Rottweilers and traveling in family packs, have been trotting through Haifa in increasing numbers. Their once-nocturnal visitations now take place throughout the day, as they root through refuse, spook domestic pets and even block roads. The visitation, since nationwide lockdowns came into effect this month, has revived debate among residents of the hilly port city as to policy regarding the pests. "We are scared to go out, even to throw out the garbage. I don't which way the boars will come," Meirav Litani, a music instructor, said as a boar loomed in the distance.
PrevNext
Your Comment
Signup
Log in