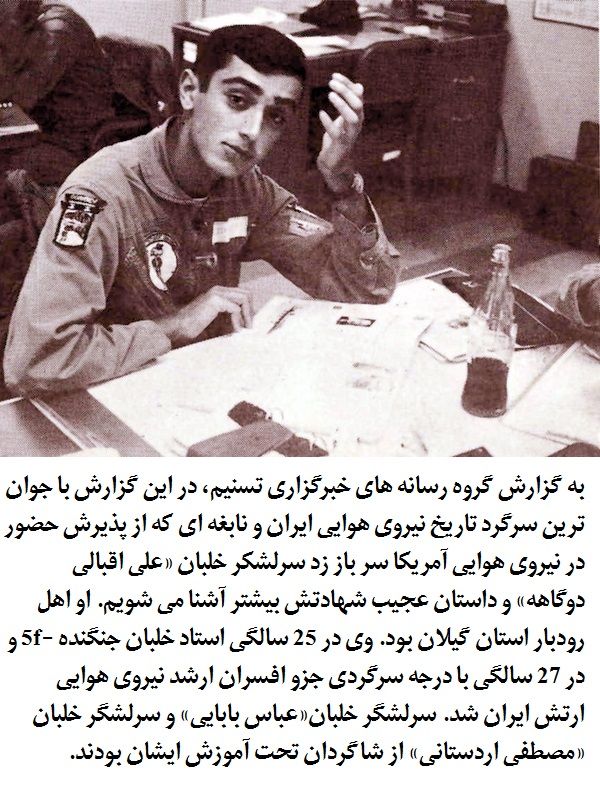 MG Ali Eghbali Dogahe was an Iranian pilot and Major General in the Islamic Republic of Iran Air Force, during the Iran-Iraq War. His exact date of death cannot be confirmed as he died while he was a Prisoner of war in Iraq. In his last mission, Major General Eghbali, was the leader of a group of fighter jets when they were instructed to bombard a base in Mosul on 23 October 1980. Having arrived to the first planned site, two Northrop F-5 fighter jets were not able to find their first target and redirected their route to a base in the neighbourhood of Kirkuk air base. After bombardment of this base and en route to Iran, his jet was shot down by a rocket of Iraqi air force in the air space of east of Mosul. He managed to eject before his plane crashed. Since the incident, there had been no confirmed report of his situation, but he was believed to be captured by Iraqi forces.
PrevNext
Your Comment
Signup
Log in