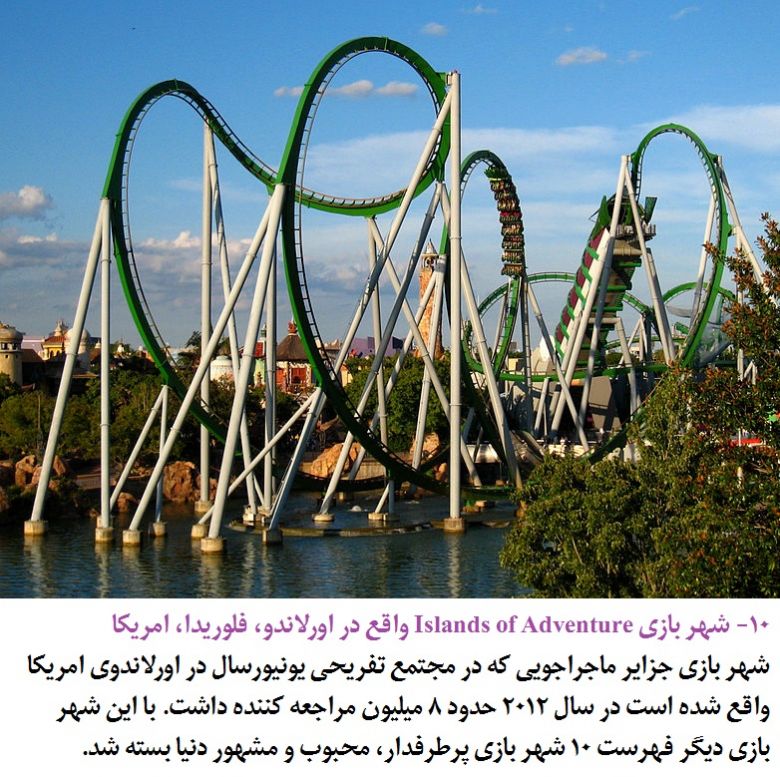 With almost 8 million visitors in 2012, this park closes the list of top 10 most popular parks.Universal's Islands of Adventure is a theme park located in Orlando, Florida. It opened on May 28, 1999, along with CityWalk, as part of an expansion that converted Universal Studios Florida into the Universal Orlando Resort. The resort's slogan Vacation Like You Mean It was introduced in 2013