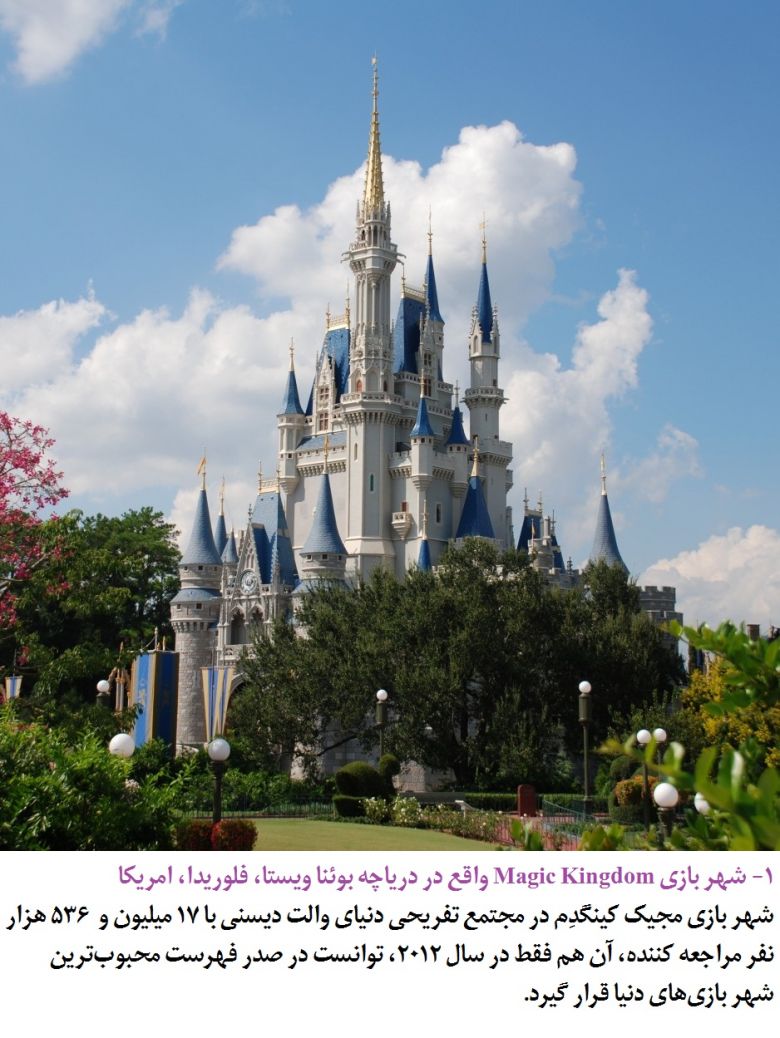 The most popular amusement park in the world received 17,536,000 visitors in 2012 alone.Magic Kingdom Park is a theme park at the Walt Disney World Resort in Bay Lake, Florida, near Orlando, Florida. Owned and operated by The Walt Disney Company through its Parks, Experiences and Products division, the park opened on October 1, 1971, as the first of four theme parks at the resort.