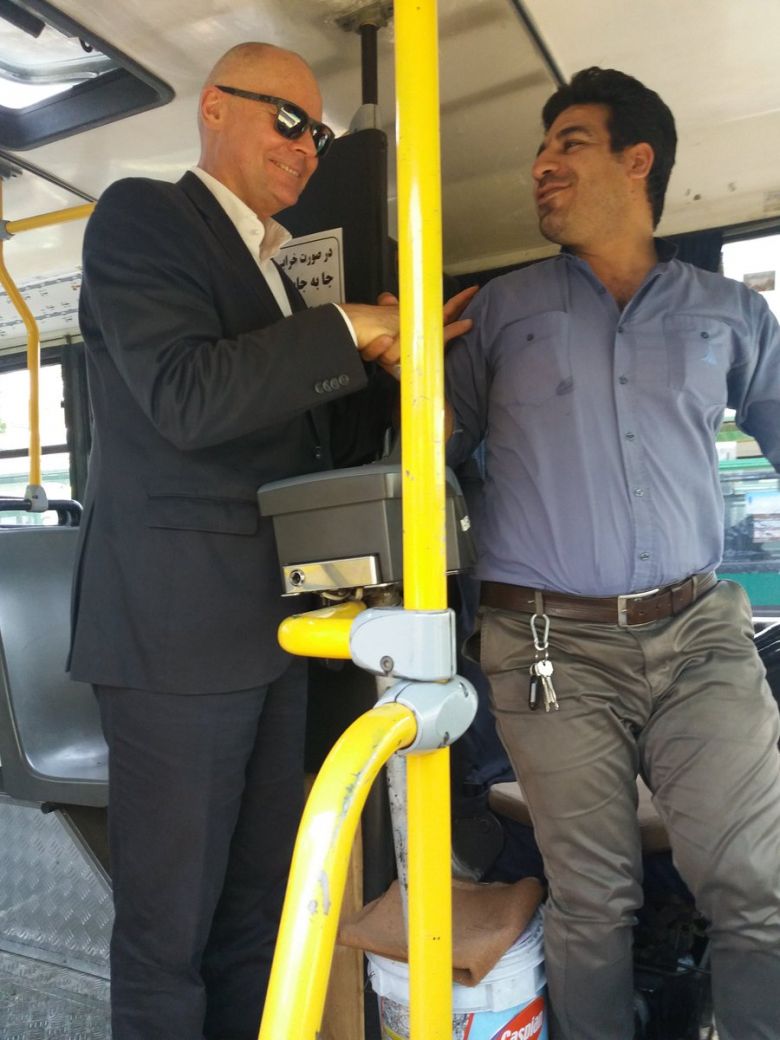 German Ambassador to Tehran Michael Klor-Berchtold has grabbed the headlines in Iran after making moves that seemed to be not much typical of a foreign envoy to the Islamic Republic. The German diplomat rubs shoulders with Iranian people and rides in pick-ups with them. Klor-Berchtold’s interest in the traditions, customs and religious teachings of Muslims becomes a motive from him to visit the Imam Reza holy shrine. He also attends the training sessions of the Tehran football powerhouse Esteghlal. He even stands behind the ball and scores a goal! He has a passion for the poems of renowned Iranian poet Hafez. By taking a glance at the ambassador’s Twitter page, we see him enthusiastically taking part in a food festival in the city of Zanjan. Then we learn that the pleasant taste of Iranian foods, including Abgoosht (the Persian broth), has aroused his interest to go to cooking classes.
PrevNext
Your Comment
Signup
Log in