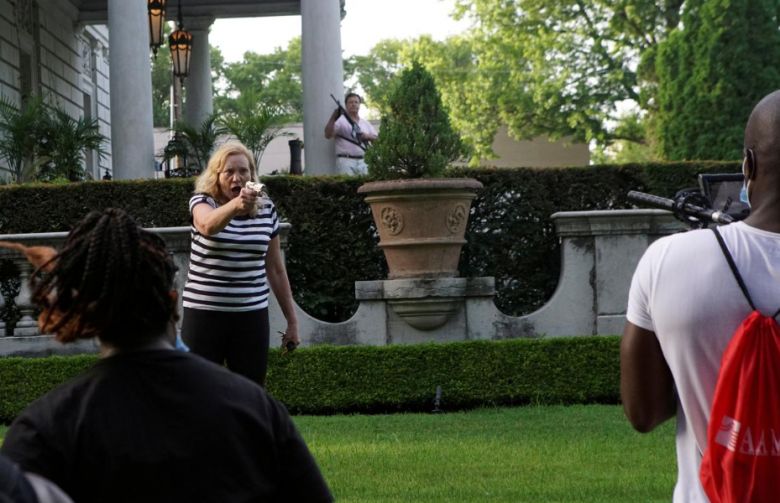 (REUTERS) - FOR REUTERS photographer Lawrence Bryant, the events of last Sunday in St. Louis, Missouri, will make him especially vigilant the next time he goes out to cover anti-racism protests that are sweeping the United States. In a series of dramatic pictures, Bryant captured a couple exiting their mansion carrying firearms which they waved towards the crowd, as they confronted demonstrators making their way to the mayor's home nearby to demand her resignation. "
PrevNext
Your Comment
Signup
Log in