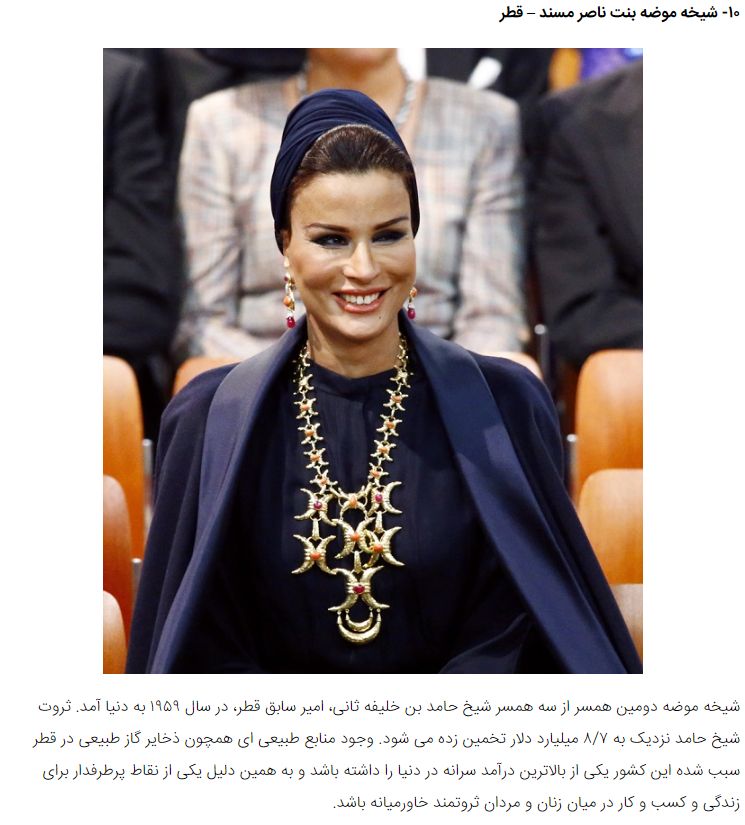 The second of three wives of Sheikh Hamad bin Khalifa Al Thani, formed Emir of the state of Qatar, Sheikha Mozah was born in 1959. Sheikh Hamad’s estimated worth is 7 billion GBP. Qatar’s resources, such as natural gas reserves, make it among the countries with the highest per income in the world, making it a hot spot for wealthy men and women of the middle east to live and thrive in.