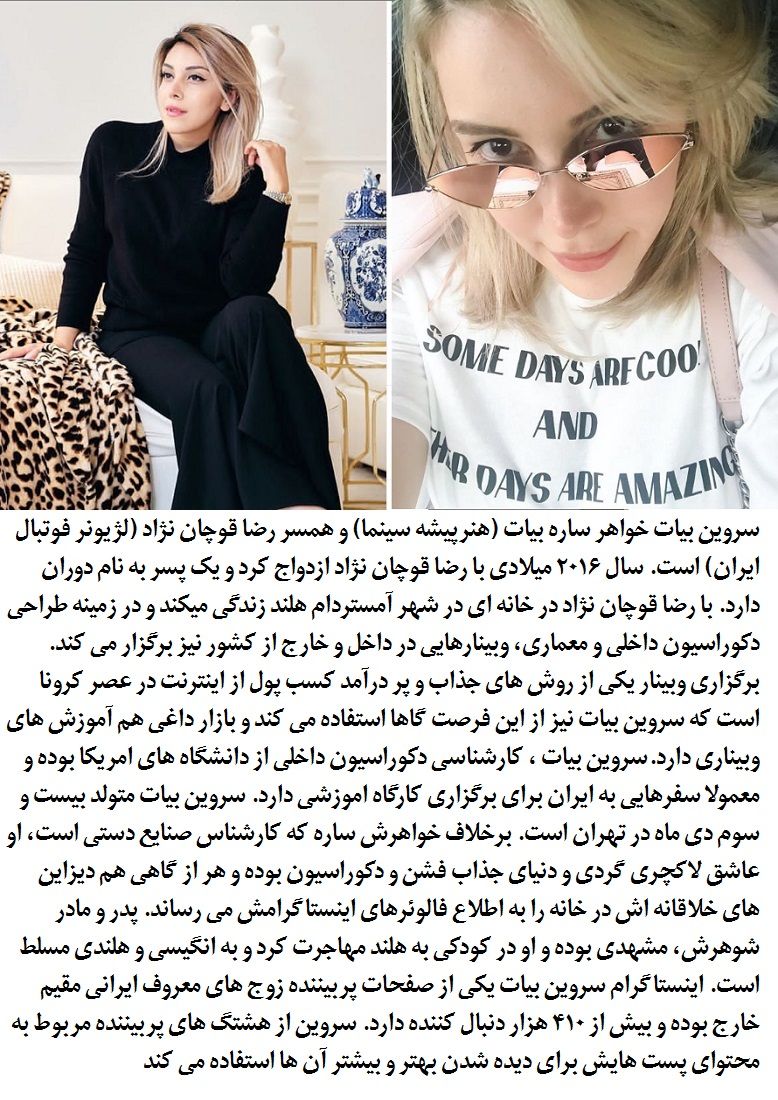 Reza Ghoochannejhad Nournia born 20 September 1987 is a professional footballer who plays for Dutch side PEC Zwolle as a forward. He is also known as Gucci in Belgium and Netherlands, having played for Dutch national youth teams and the Iranian national team. Ghoochannejhad represented Iran at the 2014 and 2018 FIFA World Cups and the 2015 AFC Asian Cup. He is the eighth-highest all-time goalscorer for Iran with 17 international goals.
Sarvin Bayat is aninterior designer and Instagram star whose stylish photos of her design work, her family, and her day-to-day life has garnered her 380,000 followers. She graduated in interior design at the University of Art Institute in Washington D.C., and in feng shui interior design from New York Institute of Art. She runs her own design firm, Opulence Interior Design.She married Reza Ghoochannejhad in 2016. They had a son, Doran, in February, 2018. Her sister is renowned actress Sareh Bayat.
PrevNext
Your Comment
Signup
Log in