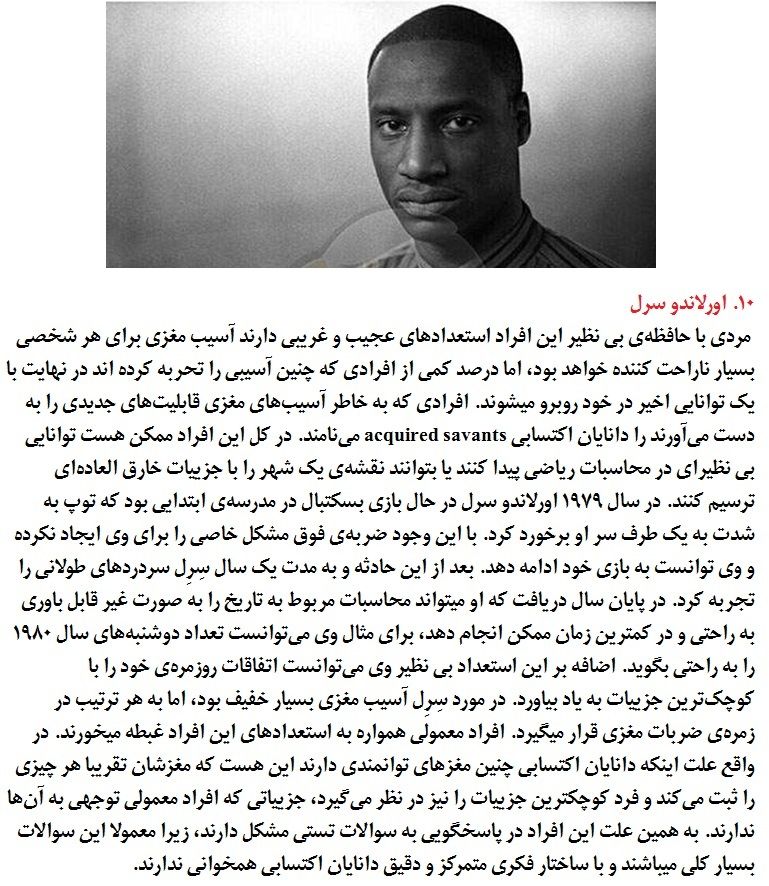 As sad as brain damage is, a tiny percentage of people who suffer from it come out the other end with an unusual new ability. People who gain special abilities through a form of head trauma are called “acquired savants.” In general, savants have extreme mathematical capabilities or can, say, draw the entire city of Rome in striking detail.In 1979, Orlando Serrell was playing a baseball game in elementary school when a stray ball slammed into the side of his head. However, this didn’t faze him, and he kept playing. For one year, Serrell experienced headaches that would last for hours. By the end of that year, he realized that he could perform superb calendar calculations, such as knowing how many Mondays there were in 1980. Along with this incredible skill, he could remember every detail of every day, much like a hyperthymesia sufferer. In Serrell’s case, this was obviously a much less severe form of brain damage, yet it was still head trauma.