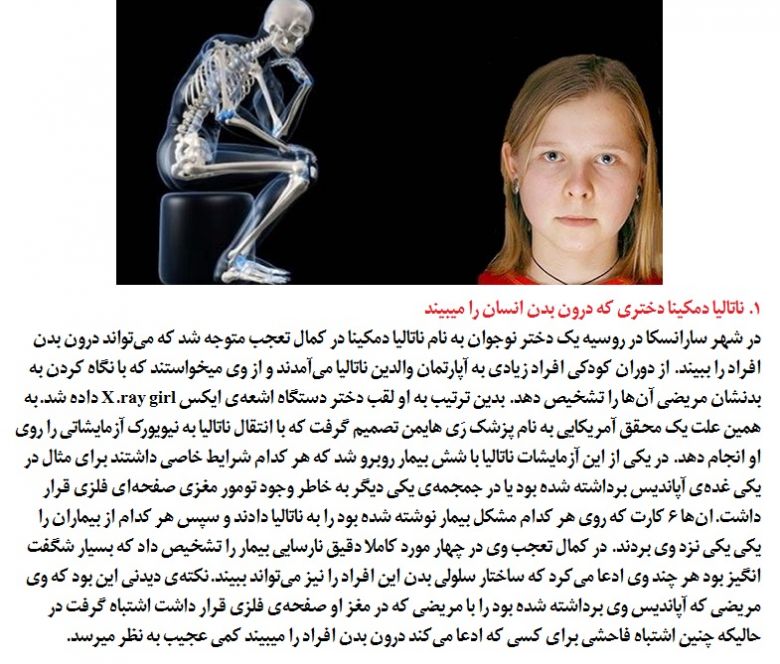 In Saransk, Russia, a young girl named Natalya Demkina suddenly began seeing inside people’s bodies. Since a young age, Demkina had people come to her apartment to have her look inside of them and figure out their sicknesses.Interested in this “X-ray girl,” Dr. Ray Hyman decided to fly her to New York City and run some tests. One of the tests involved six patients who had various conditions—like a removed appendix or a metal plate in the skull from a brain tumor—and one control patient who didn’t have any medical conditions. They gave Demkina six cards with all the different conditions on them and then sent the patients in one by one. She got four of them right, which sounds fairly impressive (even though she claims to be able to see down to a cellular level).