12 Reasons You Might Be Feeling Cold All the Time 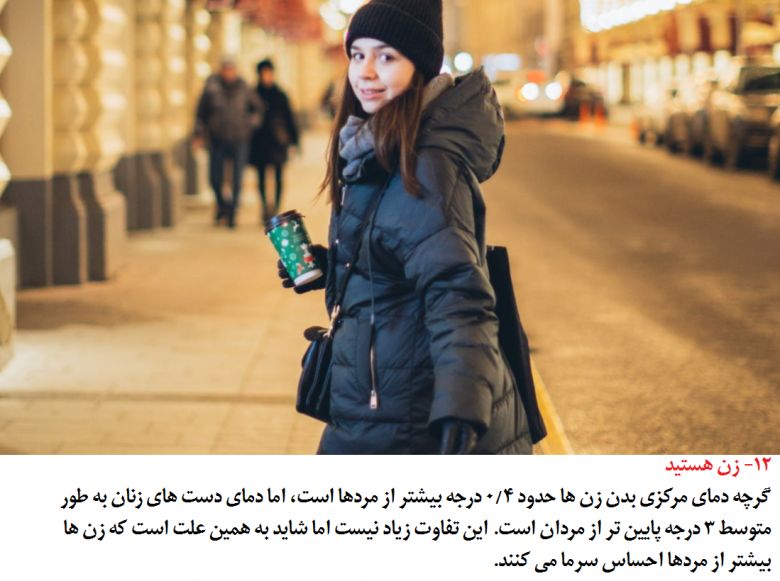 There’s anecdotal evidence that women often feel colder than men (see who’s voted most likely to steal the covers or raise the office thermostat) but not a ton of scientific evidence. That said, a 1998 study did find that women’s core temperatures tend to be about 0.4 degrees Fahrenheit warmer than men’s, their hands are almost 3 degrees colder on average, a University of Utah study found. “It’s not a huge difference, but it might be why women have the sensation of feeling colder,” Dr. Rohr says.