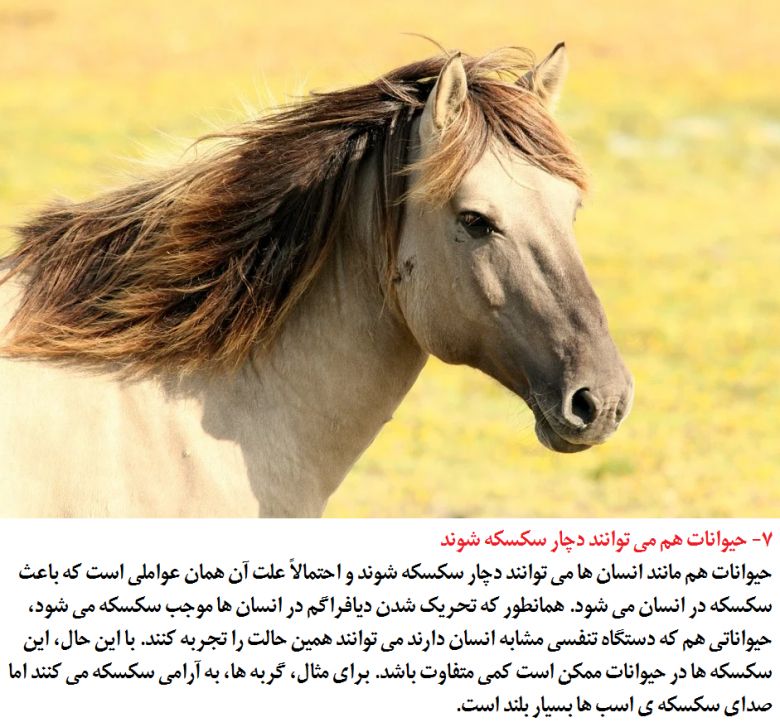 A person’s experience of hiccuping begins in the womb: fetuses hiccup before they breathe. Hiccuping continues as an inconvenient aspect of human life for years thereafter, but it is not only humans who hiccup: many other animals get hiccups too.Hiccups can happen in any animal that has a diaphragm as the separator between the organs of breathing and the organs of digestion, and this includes all mammals. Other warm-blooded animals hiccup, just as humans do, when the diaphragm is somehow irritated, but because the physiology of animals is different from that of humans, the hiccups they produce won’t necessarily sound the same. The word hiccup is onomatopoeic; it imitates the “hic” sound the epiglottis as it closes, and the “up” of the next breath. When other animals hiccup, the acoustic properties of their organs affect how these disruptions sound. Cat hiccups, which occur frequently during kittenhood and sometimes after adult cats eat quickly, are often silent. In horses, hiccups are called the "thumps," and are audible not in the area of the throat, but along the chest. These seem to be related to an electrolyte imbalance.
PrevNext
Your Comment
Signup
Log in