Slovenian woman cut off her hand for insurance payout 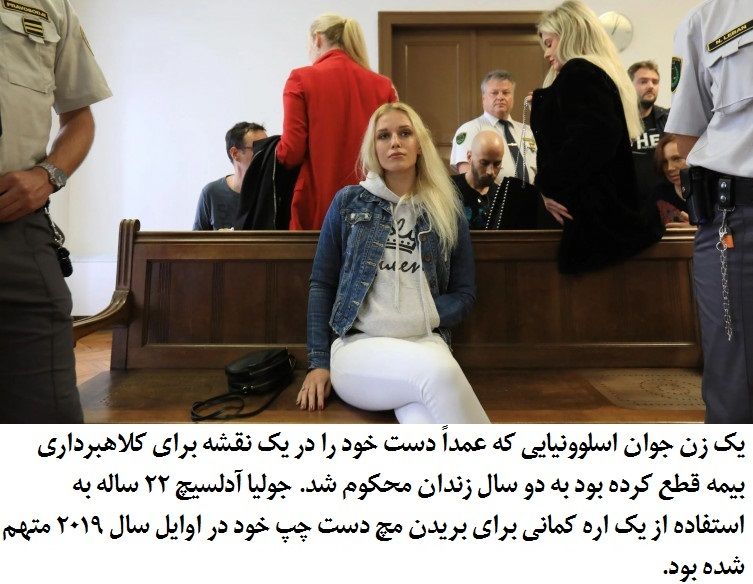 A woman deliberately cut off her hand with a circular saw in a $1.2 million insurance scam Julija Adlesic and her boyfriend were found guilty of attempted insurance fraud by a Slovenian court and jailed. Slovenian Julija Adlesic, 22, is accused of using a circular saw to sever herself at the left wrist in early 2019.She had taken out insurance policies with five companies the year before and would have received â‚¬1m ($1.2m) in payout.However, the young woman was found guilty of attempted insurance fraud at a court in Ljubljana, Sky News reports.
PrevNext
Your Comment
Signup
Log in