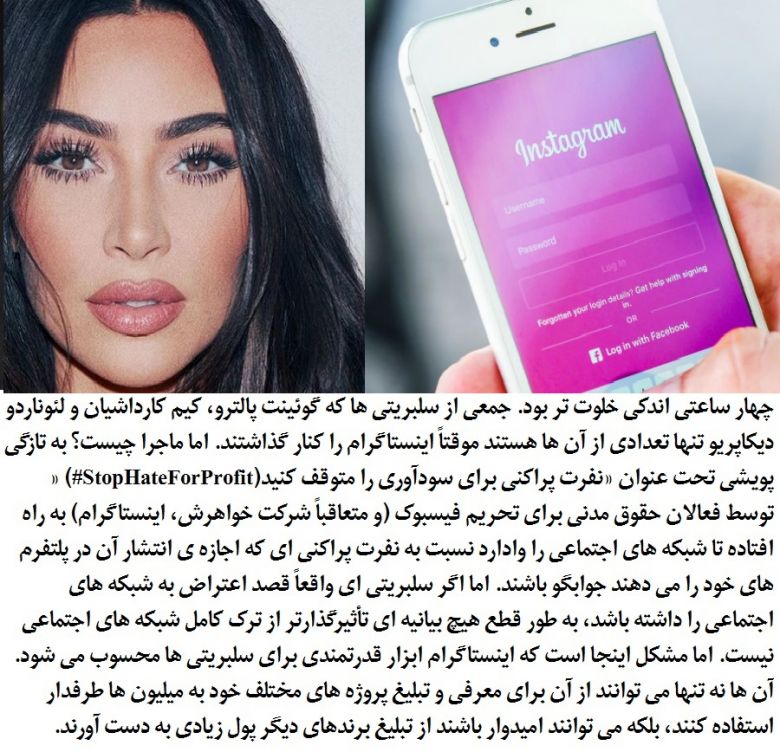 More than a dozen celebrities including Kim Kardashian West, Katy Perry, Michael B. Jordan and Ashton Kutcher said they will participate in a 24-hour Instagram “freeze” on Wednesday as part of the “Stop Hate For Profit” movement “in protest of Facebook’s repeated failures to address hate speech and election disinformation on their platforms.” This week several powerful celebrities with millions of followers each, including Kim Kardashian West, announced they would be participating in a 24-hour boycott of Instagram (which Facebook founder Mark Zuckerberg acquired in 2012) to protest the lack of corporate oversight that has led to the proliferation of misinformation and hate speech across these platforms. During the boycott, which began Wednesday morning, celebrities will freeze their Instagram accounts, abstaining from sharing photos and posting.More than a dozen celebrities have signed on, demanding more internal and third-party oversight from Facebook and encouraging others to join them. Here’s what we know about the Facebook boycotts.
PrevNext
Your Comment
Signup
Log in