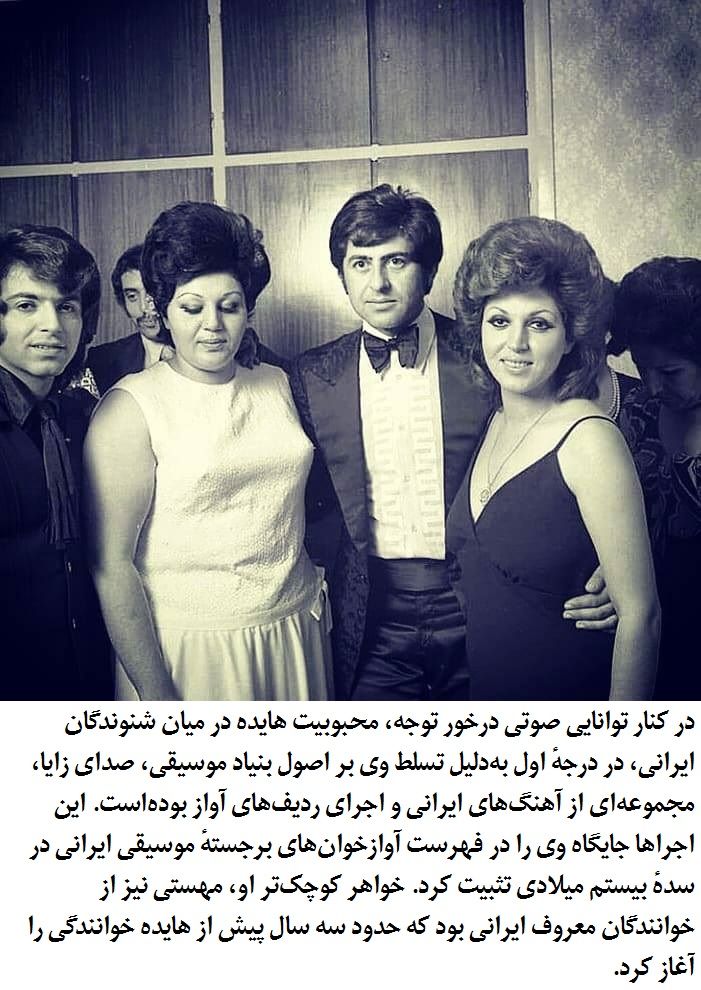 It was first performed in 1968 on Radio Tehran with the Gol-ha Orchestra. In this year she released another titled Raftam (1968). In the 1970s, Hayedah added Persian pop music to her classical Persian repertoire. In this period Hayedeh worked with several songwriters, such as Fereydoun Khoshnoud, Jahanbakhsh Pazouki, Anoushiravan Rohani and Mohammad Heydari. "Bezan Tar", "Gol-e Sang", "Nowrouz Aamad", and "Soghati" were among her works during this period.
PrevNext
Your Comment
Signup
Log in