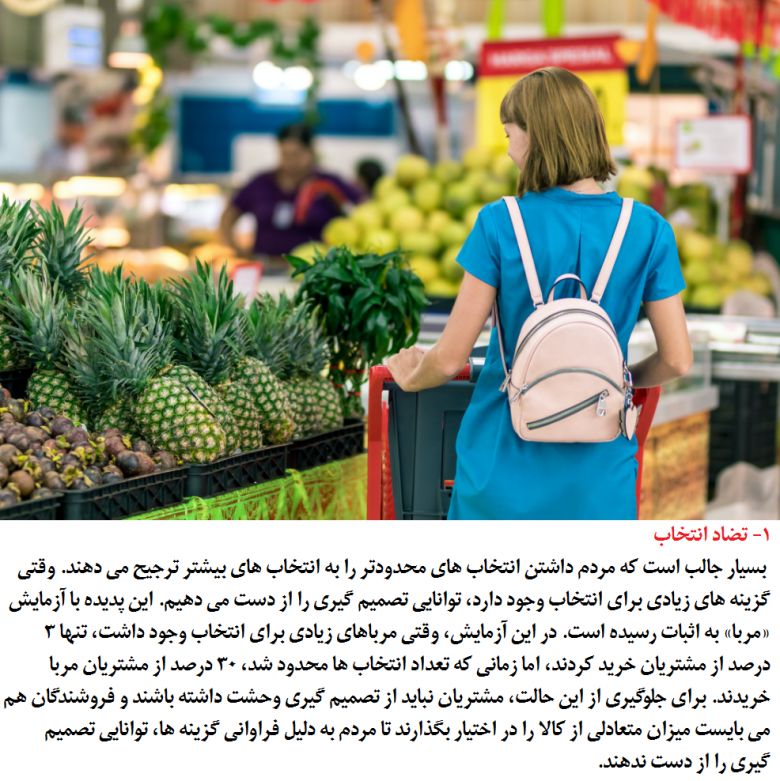 Barry Schwartz defined the paradox of choice as the fact that in western developed societies a large amount of choice is commonly associated with welfare and freedom but too much choice causes the feeling of less happiness, less satisfaction and can even lead to paralysis.Overchoice or choice overload is a cognitive impairment in which people have a difficult time making a decision when faced with many options. The term was first introduced by Alvin Toffler in his 1970 book, Future Shock.
PrevNext
Your Comment
Signup
Log in