Home Lifestyle 12 Foods You Didn't Know Could Kill You

12 Foods You Didn't Know Could Kill You 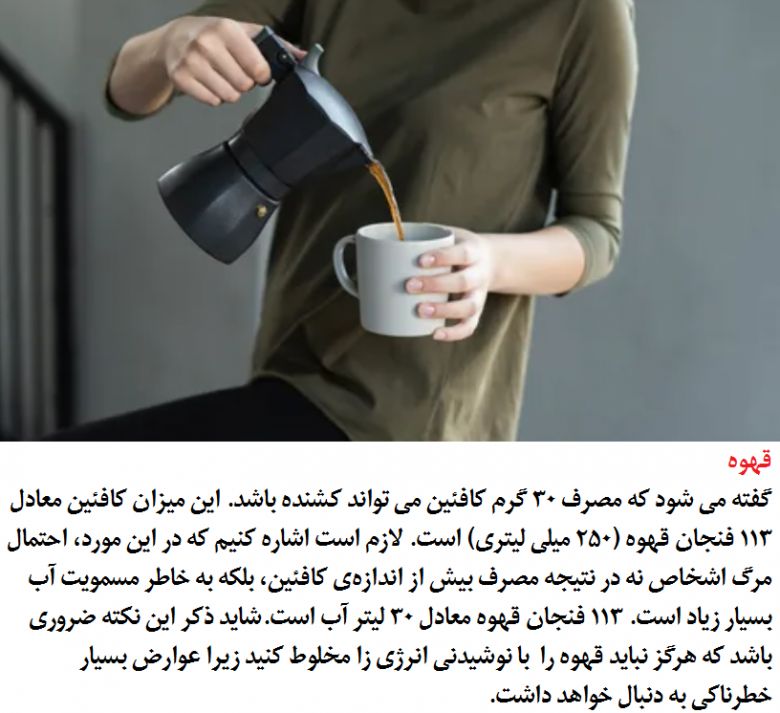 There have been numerous deaths attributed to excessive caffeine ingestion. So if you happen to be a person who loves coffee and energy drinks, you might want to know approximately what amount you should avoid drinking on a given day. So how much caffeine would it take to kill you?Half an ounce of caffeine is believed to be a lethal dose. It is approximately 113 coffee cups (of 250 ml). It is worth mentioning that in this case, a person would probably die not from the caffeine overdose but water intoxication: 113 cups are actually almost 30 liters of water. So if you don’t eat coffee beans or mouthfuls of instant coffee, you are safe. Just don’t mix it with soda or energy drinks, like this teenager from South Carolina.
PrevNext
Your Comment
Signup
Log in