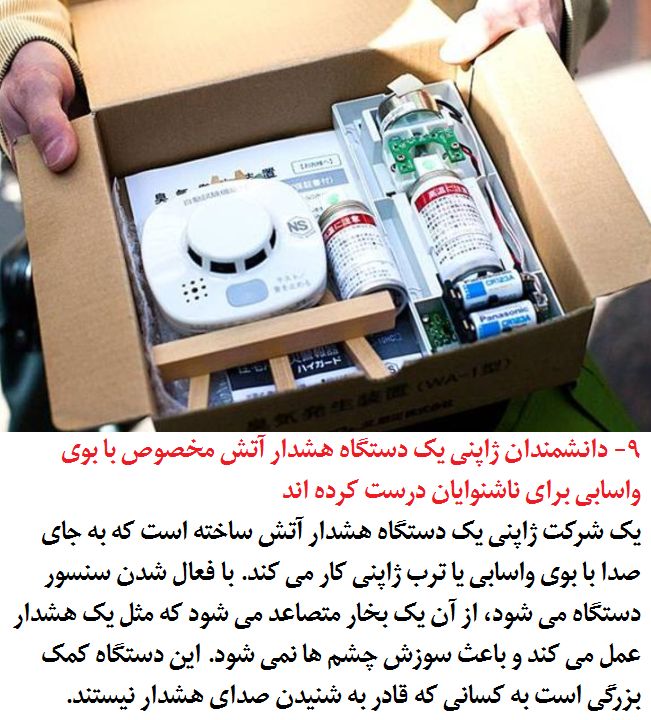 The Japanese are getting teary-eyed over a smoke alarm for deaf people that emits a strong odor of wasabi, according to a recent Nikkei Net article. Instead of an ear-piercing wail, the device unleashes the chemical compound allyl isothiocyanate, which gives horseradish, mustard, and wasabi their bite.In tests on sleeping people with normal or no hearing, the device woke nearly all subjects up within two and a half minutes after the stench hit their nostrils. Further tests determined the ideal intensity of airborne wasabi to wake people up but not hurt their eyes in the process.The alarm is about 8 inches long by 3 inches wide and works on a room that's roughly 50 square feet. It was launched in 2009 following a two-year development by Kobe-based fire extinguisher company Air Water Safety Service and Seems, a bioventure in Tokyo.
PrevNext
Your Comment
Signup
Log in