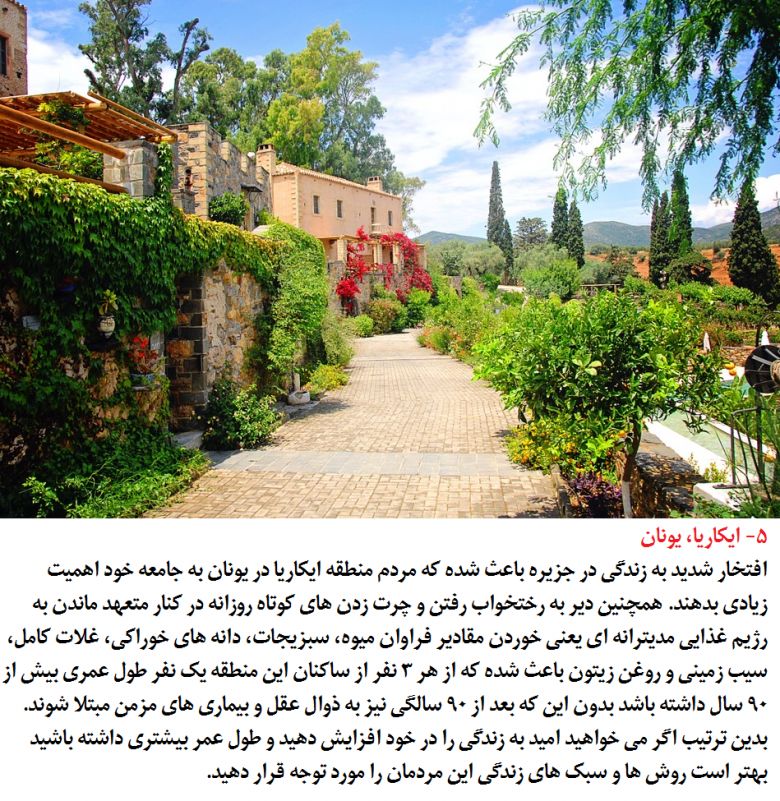 Ikaria, Greece
In Ikaria, people live about eight years longer than the average American with almost no dementia. So they’re living a long time and staying sharp until the very end. They eat the purest form of the Mediterranean diet (vegetables and fruits, whole grains, beans, olive oil). They also drink a lot of herbal teas with sage, oregano, and rosemary. What’s most interesting about their diet, though, is that it includes about 120 kinds of greens that we would essentially weed-whack in the US. In Ikaria, they cut these greens down gingerly and make them into wonderfully exotic salads, or bake them into beautiful pies. Many of these greens have ten times the antioxidants you’d find in wine. And our study found that eating about half a cup of cooked greens a day is associated with about four extra years of life expectancy.