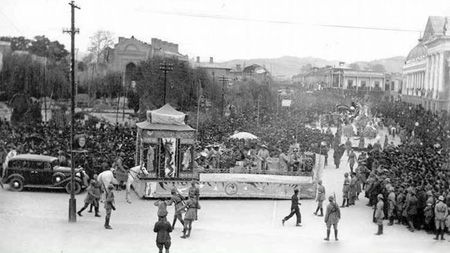 In April 1933 Reza Shah Palahwi re-negotiated with the Anglo-Persian Oil Company. The result was a modified version of the D′Arcy concession – supposedly more profitable for Iran. After the new agreement a government-sponsored carnival was staged on the streets of Tehran. Crowds of people participated in the parades, some dressed up like (unpopular) British businessmen.
PrevNext
Your Comment
Signup
Log in