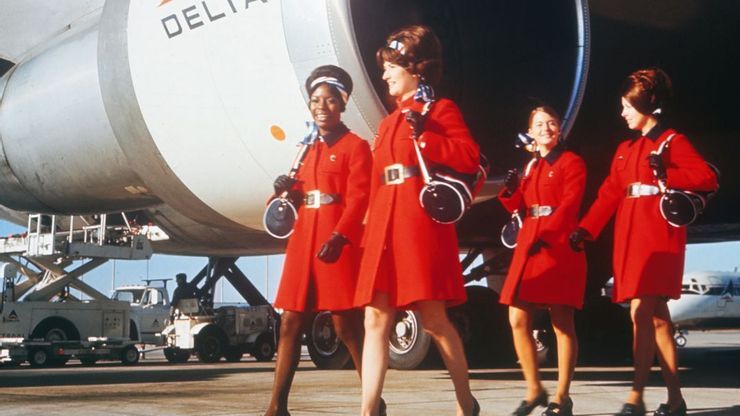 Delta Airlines uniforms rocked in the seventies and they are still rocking now. You see the fashionable look of Delta Airlines flight attendants in the past on the picture above.Speaking about the vintage Delta Airlines uniforms, they were designed from headscarf to platform loafer with the highest attention to every detail. It's remarkable that they haven't cooperated with a famous designer to work on these uniforms like for instance, Braniff International Airways did (we'll look into that later) and nevertheless, they were able to come up with a chic design that endured the test of time.