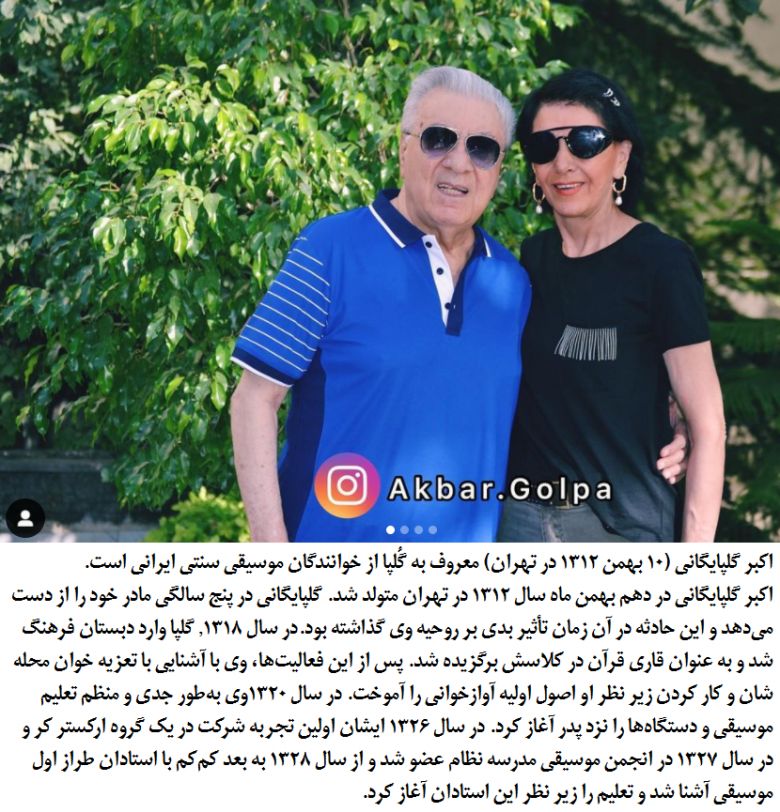 Akbar Golpayegani, commonly known as Golpa, born 1933 in Tehran, Iran, is a Celebrated Persian vocalist who started his career under maestros NoorAli Boroomand and Adib Khansari. In 1956, he became among the first Iranians performing before UNESCO.His career of more than 50 years has earned him a legendary status among his fans.
PrevNext
Your Comment
Signup
Log in