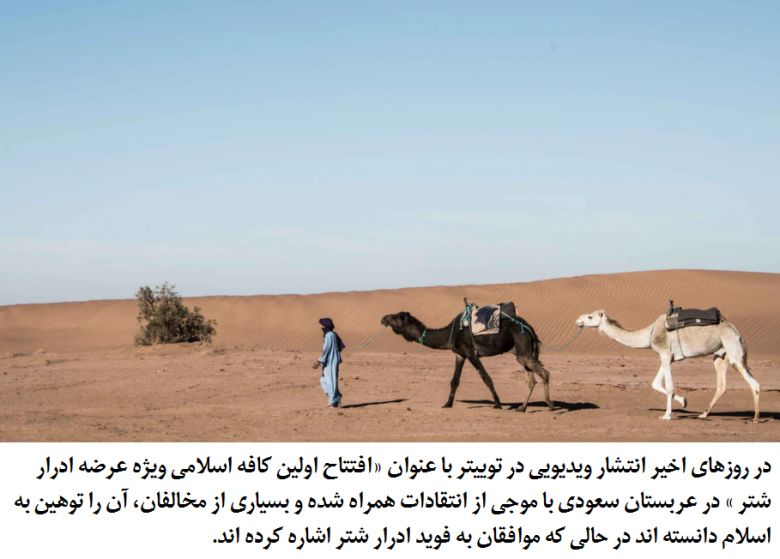 Dubai: A video clip announcing the “openning of the first Islamic cafe specializing in camel urine,” in Saudi Arabia has gone viral on social media sparking widespread controversy among Twitter users who consider it an offense to Islam. The video clip was first shared by a Twitter page called “Together Against Religion Traders”, showing a man standing in a desert area – which has not been identified – with a cart carrying a drink being sold to a group of bearded men.
PrevNext
Your Comment
Signup
Log in