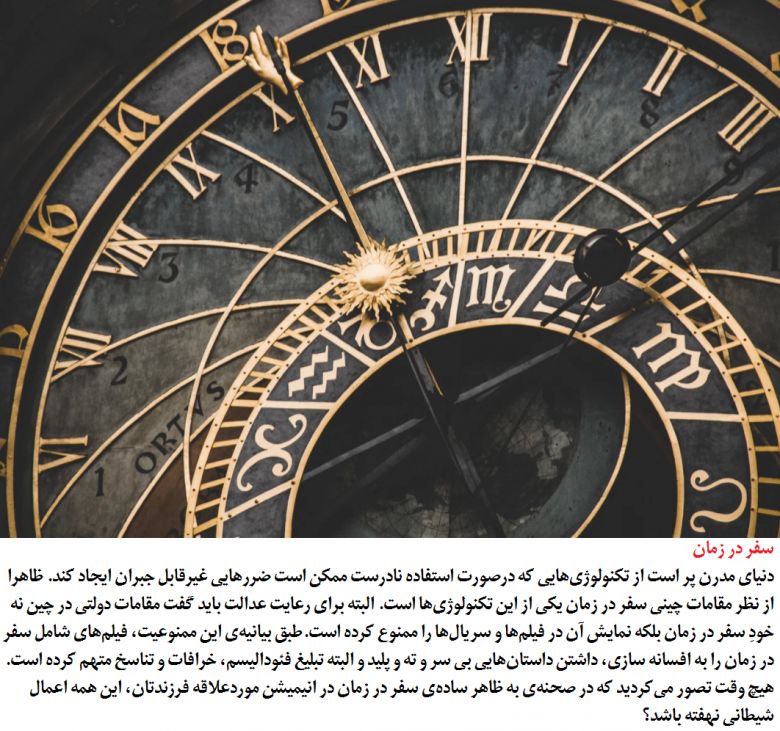 Films and television shows depicting time travel have been disallowed in China since April 2011. The government stated that the ban was necessary because movies depicting time travel are often historically inaccurate and filled with feudalism, superstition, and reincarnation, all of which are capable of distorting and insulting the history of China.