Home Entertainments Neli: A Successful Singer Who Became A Dentist

Neli: A Successful Singer Who Became A Dentist 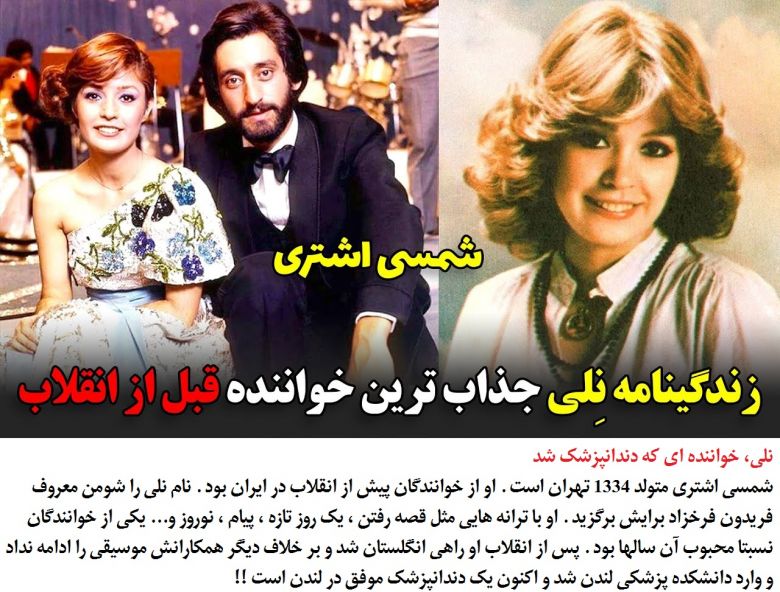 An Iranian Singer born in 1956 in Tehran, Iran, named "Shamsi Ashtari"
Known as "Neli"  she began her musical career in her teens. She sang in a very westernized style of persian pop, but still maintained a distinct style with Persian melodies. Along with her soft and tender voice in both sad ballads and happy pop songs she put herself beside many of then popular singers in Iran (amazingly she even sang a full song with Japanese lyrics).
After only releasing a few albums (most cassettes, but also some vinyls) she quit her music career by moving out to England to complete her studies to become a dentist. This because of the Islamic Revolution did not permitting her to continue pursuing her musical career.
PrevNext
Your Comment
Signup
Log in