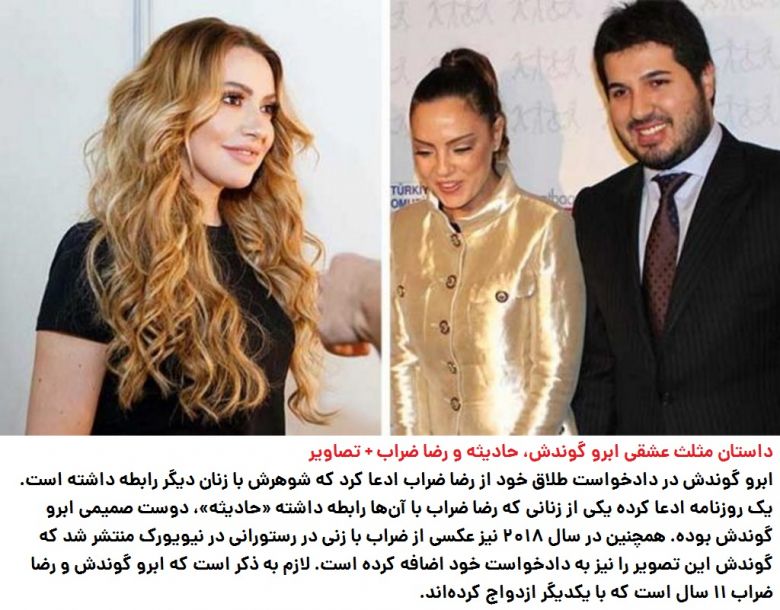 Ebru Gündeş, the popstar wife of Iranian-Turkish businessman Reza Zarrab, has filed for divorce after over a decade of marriage, Halk TV reported on Friday. Gündeş married Zarrab in 2010, six years before Zarrab was arrested in the United States on charges of evading sanctions on Iran. Arrested in Miami on March 19 2016, Zarrab pleaded guilty to various crimes related to fraud and money laundering, and became a government witness in return for leniency.
PrevNext
Your Comment
Signup
Log in