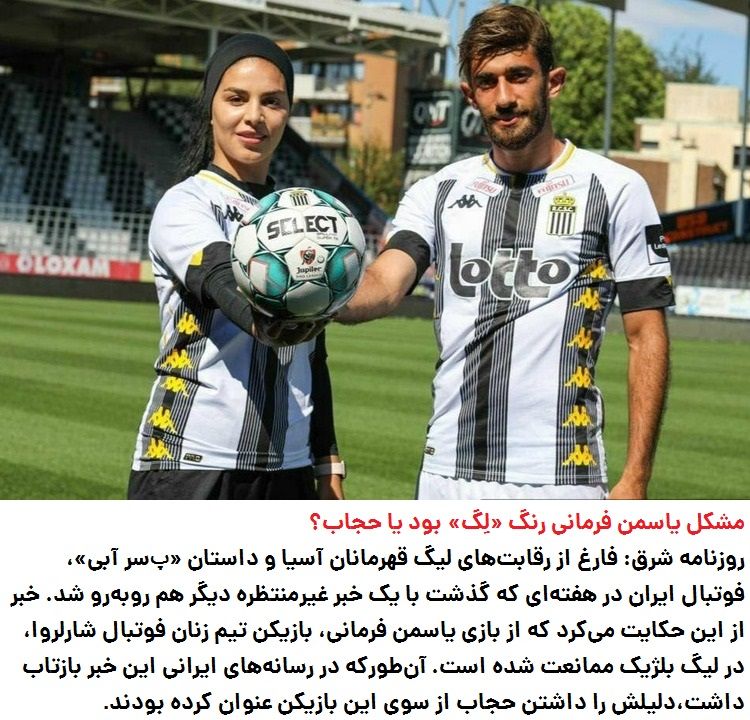 Farmani was a member of Iranian football club Malavan last season. She is the wife of Iran international Ali Gholizadeh. They are the first Iranian couple to play at a same team. “I was training for a while with Charleroi and now I have officially joined the team.  We will start the new season on Aug. 28 with a match against Gent, who placed third in the 201-20 season,” Farmani said. “I’m happy  I can wear hijab in the team, however they refused that at first,” she added. RCSC Charleroi are owned by the Belgian FA president Mehdi Bayat and known as Zebras. Anderlecht won the last season as well as they start as favorites to clinch the championship once again. RSCS Charleroi are one of the new faces of the Belgian top-flight after the league was expanded to 10 teams from last season six, with Zulte Waregem, WS Woluew and Eendracht the other teams who will be featuring for the first time.