Home Gallery The 8 strangest cemeteries in the world

The 8 strangest cemeteries in the world 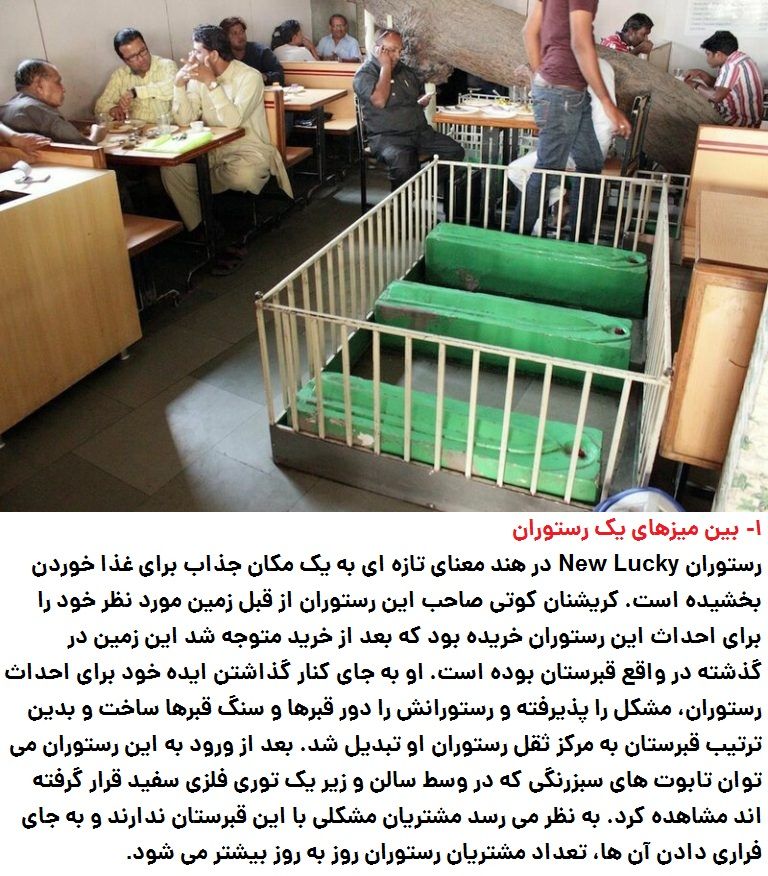 Between the tables of a restaurant

India’s New Lucky Restaurant brings new meaning to a place people are dying to eat at. Owner Krishnan Kutti had already purchased the land where his eatery was to be built when he discovered that it was in fact a cemetery. Undeterred, Kutti leaned into the problem and simply built his restaurant around the graves and headstones, making them a selling point for his unique establishment. The green sarcophagi can be seen resting in the floor behind a small white fence. Diners don’t seem to mind the graves, which seem to drive sales as much as it might drive them away.