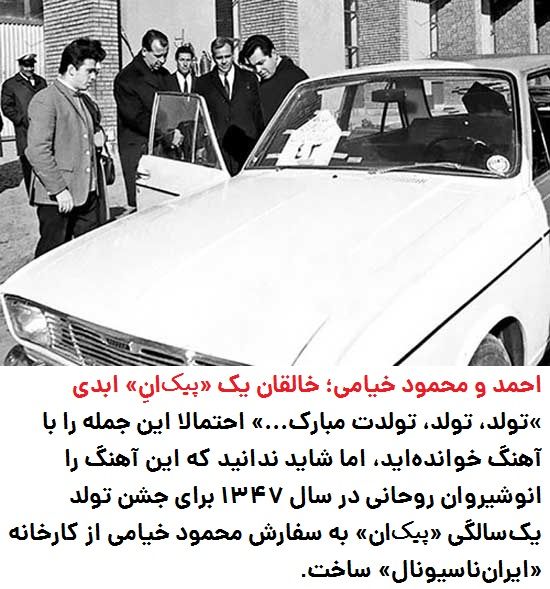 Mahmoud Khayami, CBE, KSS, GCFO (7 January 1930 – 28 February 2020) was an Iranian industrialist and philanthropist of French nationality.Mahmoud Khayami was born in 1930 in Mashhad where he attended elementary and high school. In 1951 he transferred to Tehran and before long he was involved in the automotive industry. Eleven years later he inaugurated the Iran National company in partnership with his brother, Ahmad Khayami (who later formed a separate company: Kourosh Department Stores). Iran National was destined to become the largest industrial complex in Iran, today known as Iran Khodro or IKCO.