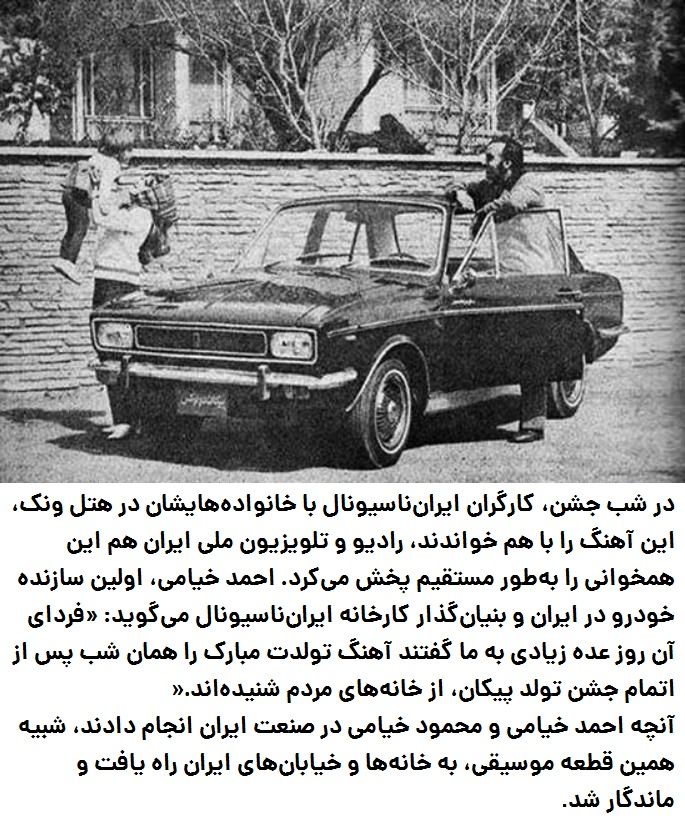 One of the leading champions of Iran's industrialization of the 1960s–70s, he began the production of the popular Peykan cars in 1967, based on cooperation with the Hillman-Hunter company of England which provided the model for it. By 1979, 100,000 cars were produced annually with approximately 44 percent of the parts manufactured in Iran. By 1979 Iran National and its affiliated enterprises employed over 20,000 workers in Tehran, Mashhad, and Tabriz.
PrevNext
Your Comment
Signup
Log in