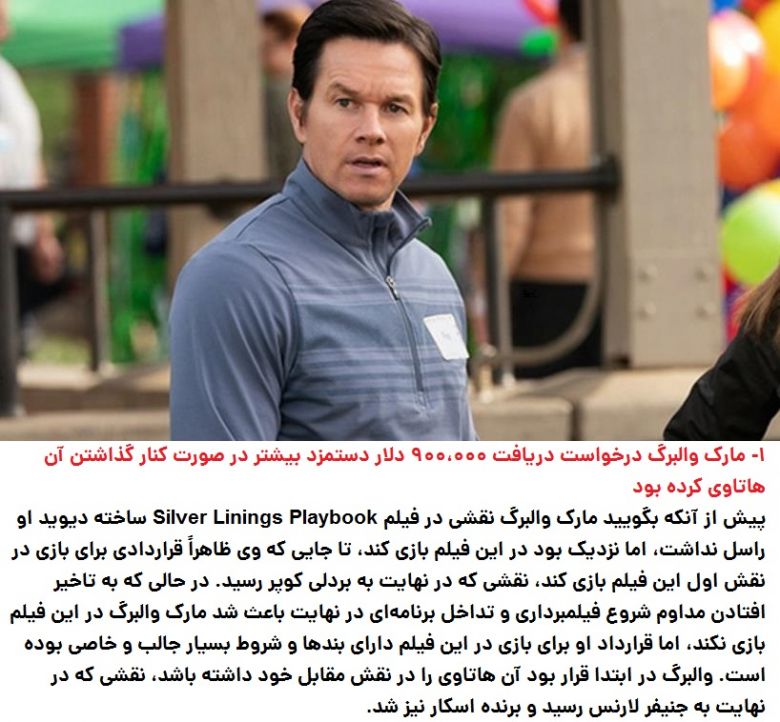 Before you note that Mark Wahlberg wasn't in David O. Russell's Silver Linings Playbook, he very nearly was, to the point that he'd apparently signed a contract to star in the lead role that eventually went to Bradley Cooper.Though scheduling conflicts due to the continually delayed production eventually forced Wahlberg to pull out, his contract prior to that included an incredibly strange and specific provision.