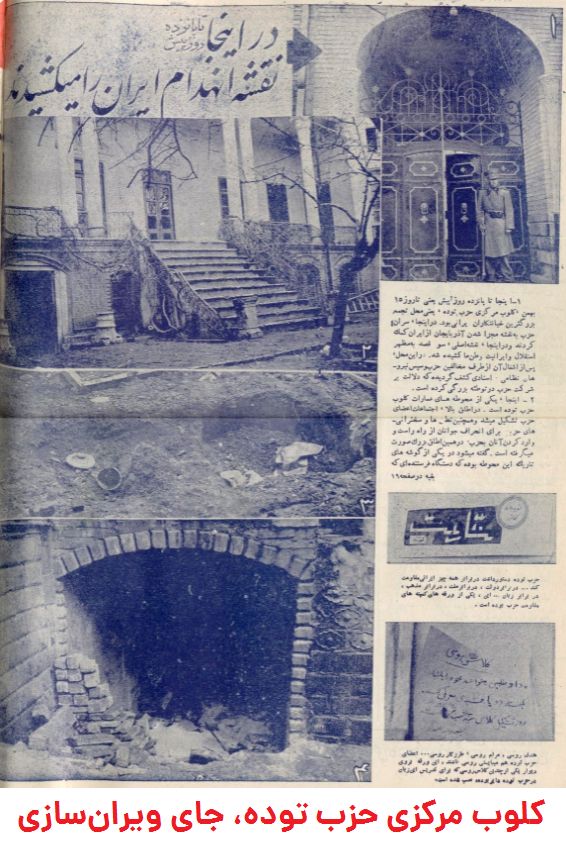 Shamsabadi, who had probably planned to shoot the Shah who was coming on foot with the Crown Prince, left his post and ran towards the Shah. Officer on watch, Master Sergeant Mohammad Ali Babaian, immediately drew his pistol and shot Shamsabadi eight times. While Shamsabadi turned, pointed his weapon at Babaian and shot him, the Shah managed to enter the palace. Hasasi, the valet standing at the door, locked the door behind the Shah. Shamsabadi shot at the door, injured Hasasi's hand, kicked the door in and penetrated the palace. In the entrance area of ​​the palace, Shamsabadi was stopped with a pistol by the officer on watch, Master Sergeant Ayat Laschgari. Shamsabadi shot a volley from his submachine gun at Laschgari before collapsing, hit by two bullets from Laschgari. Sergeant Sari rushed to Laschgari's aid and killed Shamsabadi. After the exchange of fire, Babaian lay dead in front of the palace entrance. Laschgari and Shamsabadi were also found dead in the entrance hall of the palace. Mohammad Reza Shah, who was the subject of the attack, was initially able to flee to his office and later left the palace via a side entrance.
PrevNext
Your Comment
Signup
Log in