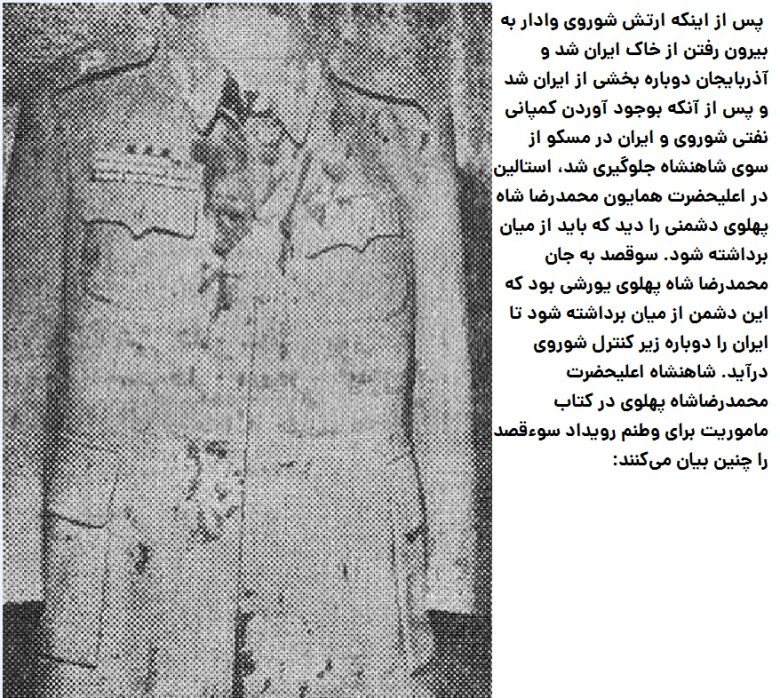 In the afternoon, Mohammad Reza Shah reached the university campus and walked to the law school building where the certificates were to be handed over. Suddenly a man with a camera walked up to the Shah, pulled out a 6.35 caliber pistol . He aimed at the Shah from a distance of two meters and fired five shots. The first three bullets only grazed the scalp, the fourth bullet pierced the lower lip and cheekbones, and the fifth bullet hit the collarbone. The sixth shot was missed due to a jam. The assassin, Nasser Fakhr Araϊ, was shot first in the leg and then by two bullets in the stomach and hip by the officers accompanying the Shah. He died immediately after the attack.
PrevNext
Your Comment
Signup
Log in