Home Entertainments Movies that make you laugh and cry

Movies that make you laugh and cry 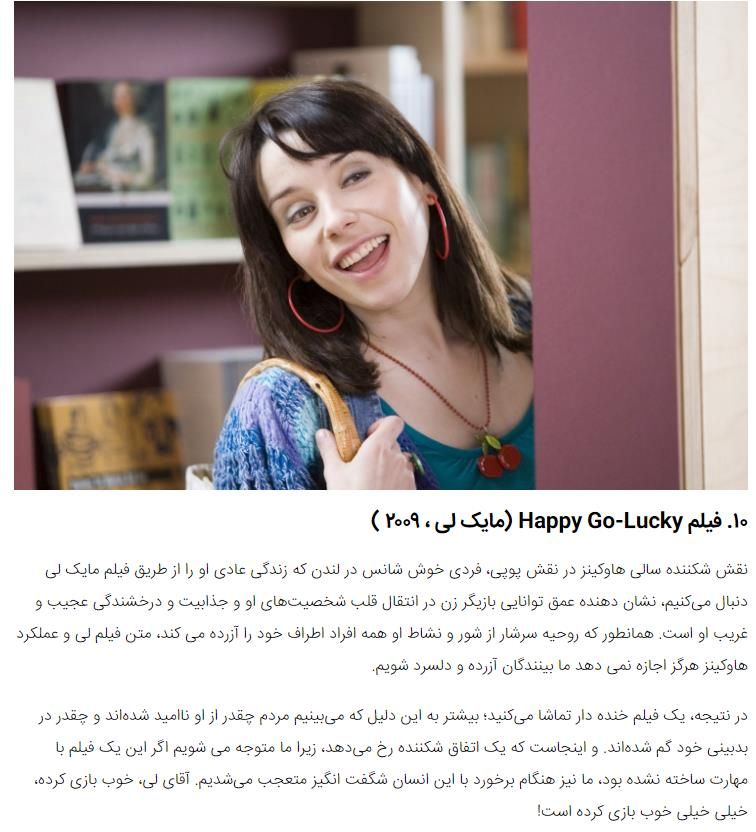 Sally Hawkins’ breakout role as Poppy, the titular happy-go-lucky Londoner whose ordinary life we follow through Mike Leigh’s film, demonstrates the depth of the actress’ ability to convey the heart of her characters and her uncanny charisma and luminosity. As much as her exuberance exasperates everyone around her, Leigh’s script and Hawkins’ performance never let it exasperate us, the viewers.