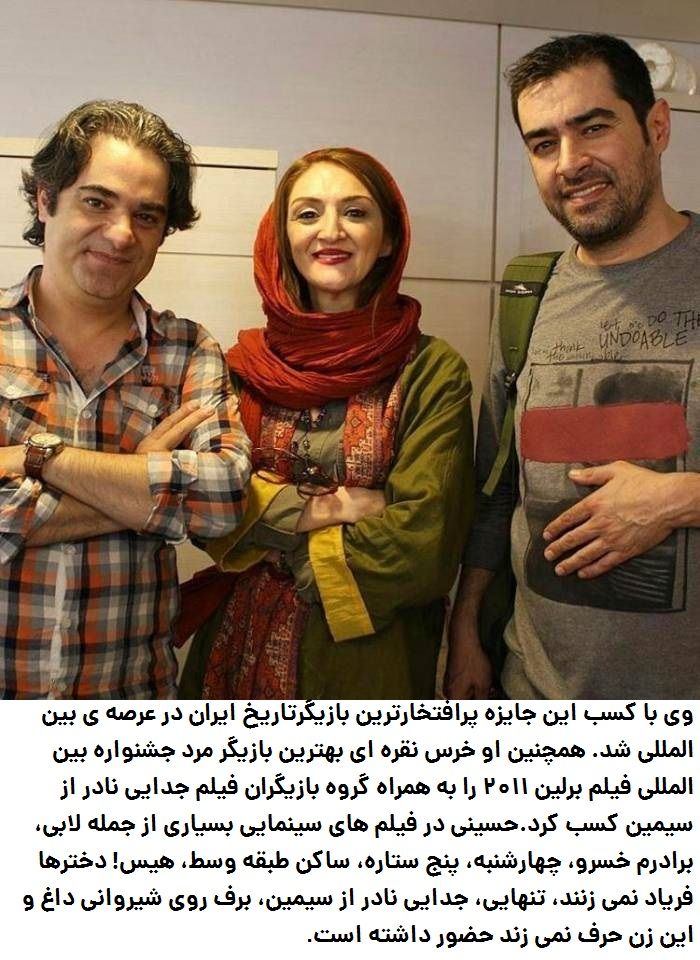 He won the Crystal Simorgh from Tehran's 27th Fajr International Film Festival for his performance as Kourosh in "Superstar". Two years later, he received the Diploma of Honor from Fajr Film Festival and the Silver Bear Award from the prestigious Berlin International Film Festival for his memorable role as the hot-tempered Hodjat in Asghar Farhadi's internationally critically acclaimed film, A Separation (2011). He has also received several nominations and awards from Iran's House of Cinema including Best Actor in a Lead Role for his performance in Asghar Fardadi's previous film, About Elly (2009).
PrevNext
Your Comment
Signup
Log in