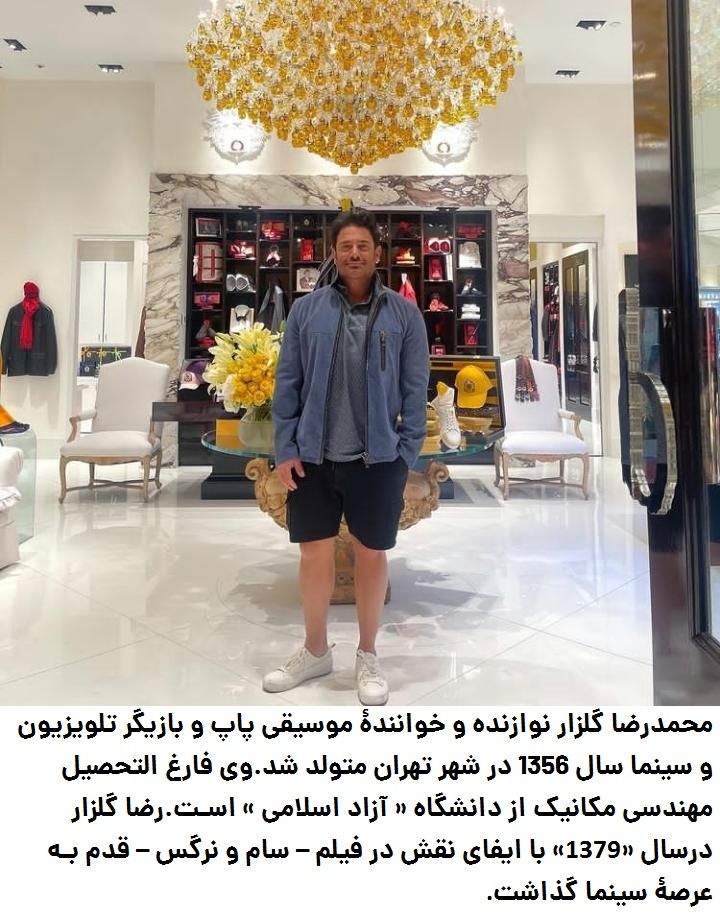 Mohammad Reza Golzar (Azari) was born to Shahnaz and Parviz Golzar Azari on the Iranian New Year- Norouz- March 21, 1977. His father is a mechanical engineer and his mother a homemaker. He graduated in mechanical engineering from the Islamic Azad University, South. He has an older brother named Alireza who is a civil engineer and a sister named Atousa who is a German translator, and a younger brother Bardia who is an English translator.
PrevNext
Your Comment
Signup
Log in