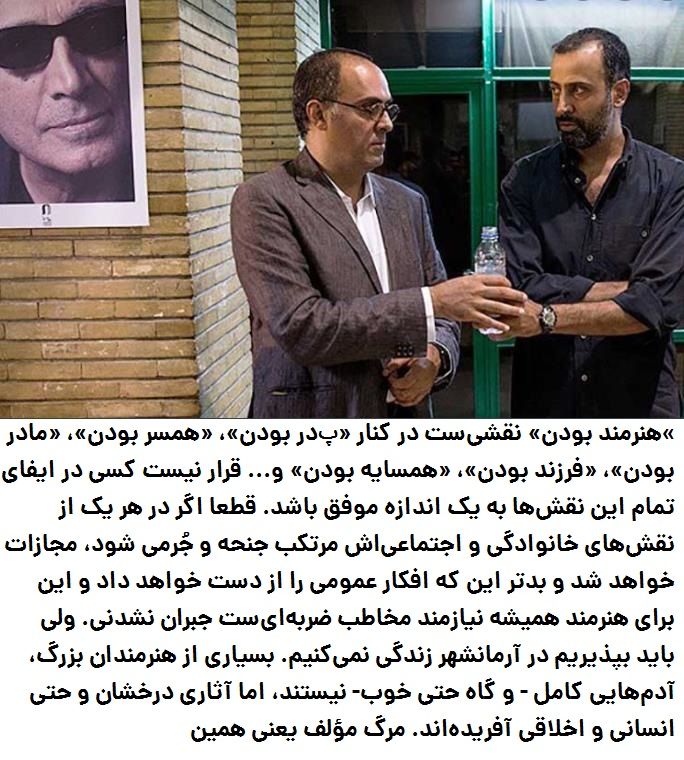 The department became one of Iran's most noted film studios, producing not only Kiarostami's films, but acclaimed Persian films such as The Runner and Bashu, the Little Stranger.In the 1970s, Kiarostami pursued an individualistic style of film making.When discussing his first film, he stated:Bread and Alley was my first experience in cinema and I must say a very difficult one. I had to work with a very young child, a dog, and an unprofessional crew except for the cinematographer, who was nagging and complaining all the time. Well, the cinematographer, in a sense, was right because I did not follow the conventions of film making that he had become accustomed to.
PrevNext
Your Comment
Signup
Log in