Ahmad Alamolhoda and his bodyguards 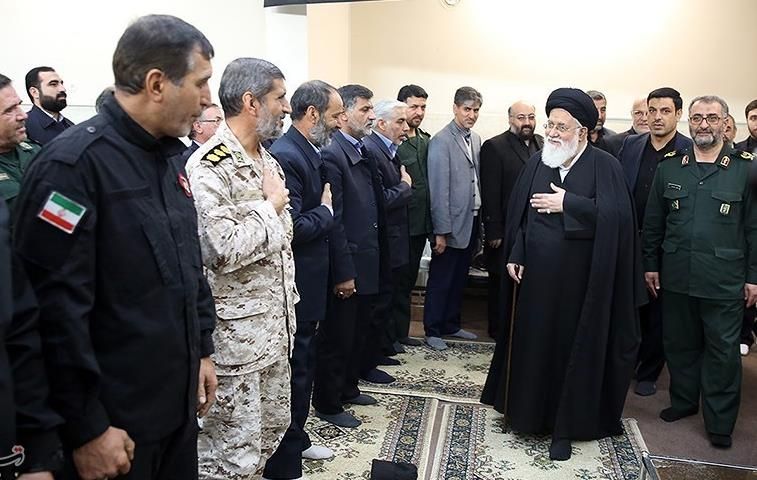 Sayyid Ahmad Alamolhoda is an Iranian Shia Islamic cleric who has been described as "senior" and "conservative" and "hardline." His rank has been given both as Hojjatoleslam and Ayatollah. He is the Friday Prayer leader in Mashhad, Iran and is also that city's representative in the Iranian Assembly of Experts.
PrevNext
Your Comment
Signup
Log in